The Artists of Airborne: Honoring the Legacy of Robert Davidson

Annie Bunker is the Artistic Director of O-T-O Dance, founded in 1985 in Tucson, AZ and now based in Hilo, Hawai’i where she and her family steward their Faceplant Farm growing an array of wondrous edibles 365 days a year.

She is on the Dance faculty of the University of Hawaii Hilo and Hawaii Community College teaching, Aerial Dance, Modern, Jazz, Environmental Dance and other classes. Annie has been the recipient of many National and International Awards, Grants and Fellowships including the prestigious Arizona Artists Award from the Arizona Foundation For the Arts. Over the past four decades she has toured extensively; performing, teaching and choreographing throughout the United States, Central and South America, the British Isles, Europe and Russia with support from Americans for The Arts, the USIA, various U.S. Embassies, the Arizona Commission on the Arts and the Tucson/Pima Arts Council.


Annie, her husband Chuck Koesters, and O-T-O Dance were part of the first wave of Aerial Dance Artists instrumental in bringing recognition to Aerial Dance as a valid and significant dance art form and have been pioneers in sharing Aerial Dance with people of other cultures. She has taught movement and interdisciplinary arts to children and adults of all ages and abilities through Artist in Education programs with numerous States Arts Commissions, her Company's school and as guest artist at Universities as well as National and International Dance Festivals. Annie has created works in collaboration with poets, actors, musicians, performance artists, visual artists, and scientists, many of which have been presented in traditional and non-traditional site-specific spaces throughout the world.

Below are notes Annie wrote about her work with Davidson
My husband and collaborator, Chuck, and I  met Bob at a booking conference in Portland, OR it was 1991 and Aerial Dance did not exist in the south western area of the United States. We commissioned Bob shortly after, bringing him to Tucson to work with our Modern Dance company, OTO Dance creating yet another part of Aerial Dance history. Through Bob’s trust, love, joy, friendship and exquisite mentoring he so graciously and generously introduced the movement form to us and to our geographical region.
Up until his taking the position at the Denver Center we would bring him to Tucson every year to visit, create, collaborate and tour.  “Airborne Miester Eckhart”,  “Rapture Rumi”, “Cambrian Dances”,  “Rames Rises”, “Nine Waltzes”, and “Ave Maria”, are among his works we embrace within our repertory.

For many years, Bob and I performed his duet “Ave Maria”, he then passed his part onto my company partner Charles Thompson then in early December 2016 gave his blessing for me to dance this duet with our son, Wrenn. Bob was so happy and said “it would bring this work full circle...”
Wrenn was a newborn when our journey with Bob began, Bob was Wrenn’s very first Uncle and forever Aerial mentor. Wrenn learned to walk holding the low bar and has danced with the single point trapeze his entire life, keenly embracing Bob’s flying aesthetic.


You can see Bunker perform Ave Maria with her son, Wrenn, on the low flying single point trapeze, as a part of Airborne.

Come see them, alongside fellow artists who trained under Davidson, perform to honor their mentor! 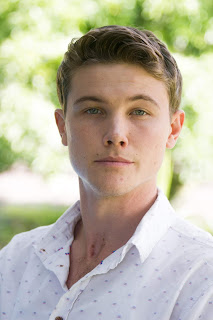 Posted by Fly by Night Dance Theater at 6:50 PM