The Difference Between Relaxing and Releasing

I took many workshops on Skinner Releasing Technique from Joan Skinner and in each and every workshop Joan would define the difference between relaxing and releasing.

"Releasing is an active process", Joan would say.


That is because releasing is like meditating and it takes focus and self-initiative. Relaxing is great (and here in the U.S. we need to do more of it!). But relaxation is different than focusing on the images and checklists and exercises involved in Skinner Releasing Technique.

That being said, I have recently enjoyed using a relaxation app  by Andrew Johnson which is aptly called "Relaxation". Because I teach so many hours in a week, it is lovely for me to let go of leading and follow Johnson's simple instructions instead.

Johnson's process involves many of the things that SRT uses including:
For best results Johnson recommends using the app every day for a period of 3 weeks. I can attest to the fact that a daily dose of the app's relaxation does allow me to get closer to the physical experience that I have experienced while studying and teaching Skinner's technique. So, by relaxing I am in better shape to do my releasing.

So, while I'm not in the habit of endorsing products,
I do recommend trying this one. 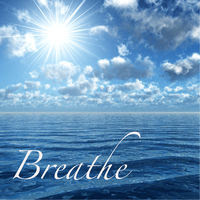 Sadly though, I think it is only available on the App store for iOS devices.


Posted by Fly by Night Dance Theater at 9:40 AM