The Artists of Airborne: Honoring the Legacy of Robert Davidson
Fight or Flight Theater Company 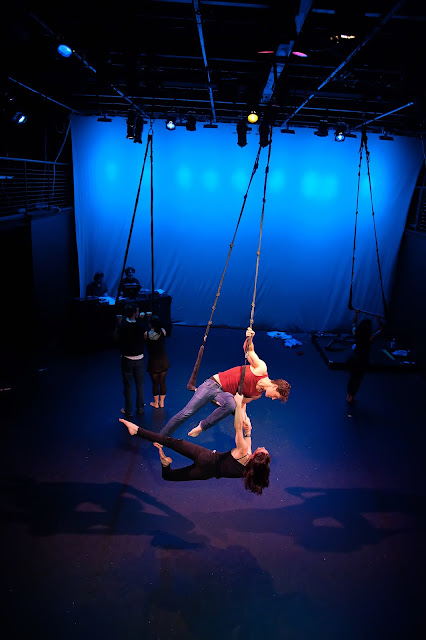 Fly-by-Night Dance Theater is thrilled to present Fight or Flight Theater Company as a part of our upcoming aerial dance festival, Airborne: Honoring the Legacy of Robert Davidson.

This New York City based aerial theater company is co-directed by Eileen Little and John Behlmann, with Daniel Loeser serving as the Associate Artistic Director. The artists met while training with Robert Davidson at the National Theater Conservatory in Denver.

They formed Fight or Flight in 2008 as an outlet for continuing the trapeze teachings of Davidson, and have been creating exciting and original aerial theatre for 10 years. Specializing in original works and adaptations, Fight or Flight has had productions Off-Broadway (Shakespeare’s Richard II / co-production with Sonnet Rep, Trapeze Hero! / ArsNova ANTFest, This is Not J.A.W.S. / Dixon Place) and regionally (Shakespeare’s Henry V at Burning Coal Theatre, Raleigh, NC, Winner of 2011 Triangle Arts Best Play, Best Director, Best Lead/s, Best Ensemble).

As a playwright, Dan was recently the winner of Primary Stages ESPA Drills and semifinalist for the Headwaters new play festival. His plays have been performed at Ars Nova (AntFest), Cherry Lane, Dixon Place, and others. He has an MFA from the National Theatre Conservatory.

When not performing with Fight or Flight, Eileen can be found in the New England aerial where she teaches aerial classes with Seaside Circus in Gloucester, MA and ESH Circus Arts in Boston, MA.

The company has also led countless workshops, exhibitions, and educational performances across the country. Check out their promotional video HERE!
As a part of Airborne, they will perform Like This. The duet, choreographed and performed by Eileen Little and Dan Loeser on the single point low-flying trapeze, includes text from Rumi's poem of the same name.
Come see Fight or Flight, alongside fellow artists who trained under Davidson, perform to honor their mentor! 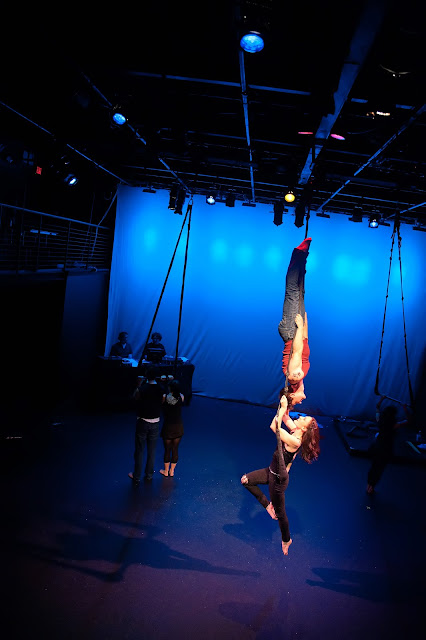 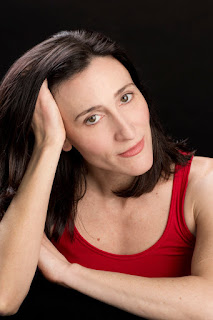 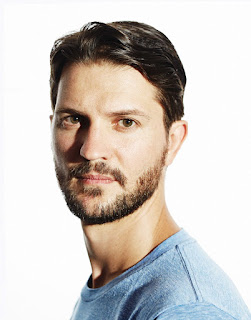 Posted by Fly by Night Dance Theater at 9:15 AM