The Artists of Airborne: Honoring the Legacy of Robert Davidson 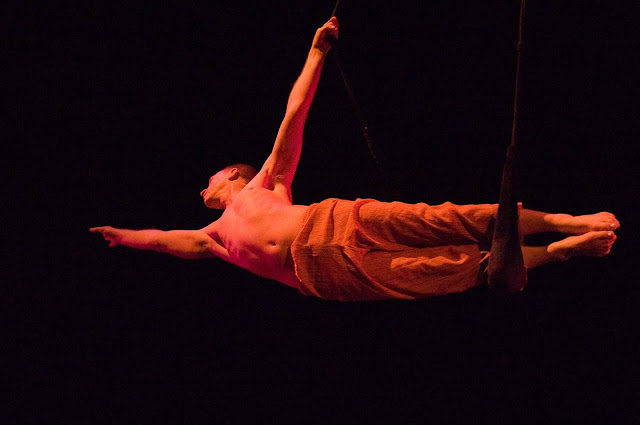 Nathan Dryden is a movement artist, teacher, and performer. Dryden's work crosses through the fields of contemporary dance, improvisation, theatre, and aerial-dance. He holds a Master of Fine Arts degree from the University of Utah, School of Dance where he is working this Fall semester as an Adjunct Assistant Professor. Dryden first worked with Robert Davidson as a member of O-T-O Dance in Tucson, AZ. Davidson encouraged him to attend the Skinner Releasing Technique Summer Intensives in Seattle, WA. Dryden devoted himself to studying both SRT and aerial dance, becoming Davidson's teaching assistant and eventually taking over his classes after Davidson left the intensive's faculty. Over time mentorship evolved into friendship with the two men sharing Glenlivet and conversation on theatre, music, gardening, trapeze building, and (occasionally) dance. Dryden is a certified instructor of the Skinner Releasing Technique at the Introductory and Ongoing levels. He is also on faculty as a teacher trainer of Open Source Forms (OSF). OSF is a practice "deeply rooted in, and fluidly expanded from Skinner Releasing Technique." (opensourceforms.com) Dryden has taught as a guest artist at various universities across the U.S.A. and internationally – including workshops in Turkey, New Zealand, Canada, and England. As a guest artist at the Juniata College Theatre Department he created/directed several evening length works of movement theatre including: And They Lay…Dreaming, Charles Mee’s Big Love, Stories of Grounded Sky with Rick Wamer, and Samuel Beckett Circus with Kate Clarke.
In September 2017, Dryden co-presented We Rise and Fall Together, as part of TEDx Salt Lake City. The production centered around contact improvisation as a means of spontaneous communication and community development. See the video HERE.

As a part of Airborne, Dryden will perform Reach, a self-choreographed solo on the single point low-flying trapeze.

Come see Nathan Dryden, alongside fellow artists who trained under Davidson, perform to honor their mentor!


Honoring the Legacy
of Robert Davidson 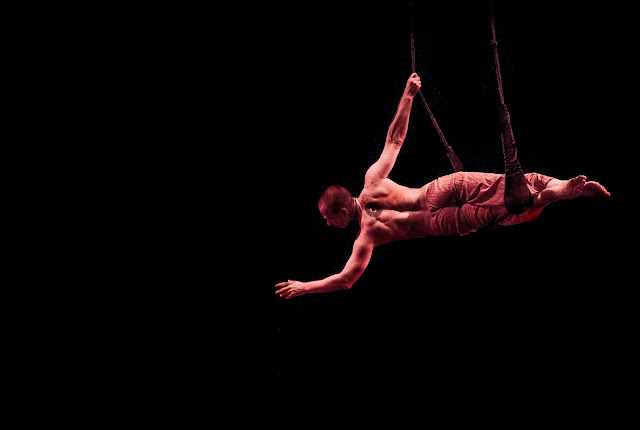 Posted by Fly by Night Dance Theater at 6:42 AM